Nate Kreider: He found his fire for God 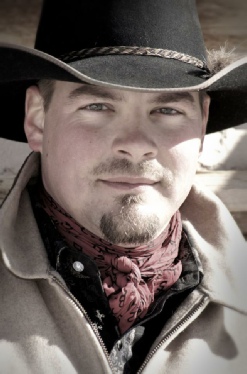 I grew up in a rural Christian home in Pennsylvania. My parents raised myself and my siblings to know Christ as our savior. I accepted Christ as my personal savior at the ripe old age of nine. Boy was it easy to be a Christian as a little boy. As I grew up I did not grow in my faith with Christ as I should have.

When I entered High School and became “independent” when I received my driver’s license, wrestling and football quickly became more important than going to church and having a relationship with Christ. I was more worried about my relationships here on earth. That is when I became dormant in my faith. Even though I had accepted Christ years prior, you would have never known it then. After High School I entered into the rodeo scene. I had always wanted to ride bulls and now that I was 18 no one could stop me. So I went to the local practice pen and got on one and I was hooked.

The next few years to follow were a spiritual rollercoaster for me. I continued to ride bulls and improve my bull riding skills but I also found myself praying for Gods protection and blessing when I was about to get on a bull. After the ride I’d curse if I fell off or if I covered I gave myself the glory. Bull riding led me to a practice pen at River Valley Ranch which is a Christian summer camp. Quite frankly at first I was just there to get on free bulls. But riding there that spring I began to realize that there was such a thing as a Christian cowboy. You didn’t have to have that rough tough cursing image that I fell into. These Christian cowboys were the real deal and when they prayed before a ride they meant it. And if they fell off or rode, you never heard them curse and they gave God the glory no matter the out come. I started to see that they had something that I didn’t. I began talking about Christ again with them and renewed my faith. That summer I worked for River Valley Ranch as a wrangler for their junior horsemanship camp. I rode bulls and colts all summer long and really attempted to grow in my relationship with Christ.

After River Valley Ranch I heard about this Disciple Training School (DTS) that catered to cowboys. It was a branch of Youth with a Mission which I had heard about in church. This branch was called Cowboys with a Mission (CWAM)  and it was located in a little town called Meeteetse in Wyoming. A chance to go west and satisfy this hunger that was lit in me learning more about God, I was definitely in.

That September I was loaded up and heading to Wyoming. Little did I know what God had in store for me in Wyoming. At the CWAM base I spent eight weeks learning of God. All His aspects, who He is and what He expects of me. All in the meantime I got to ride bulls, train colts, go to rodeos and put on Cowboy Churches. Boy was I on fire for Christ. I could be the Christian man God wanted me to be and be the cowboy as well. After the eight weeks in DTS, my team and I traveled to Tanzania Africa for an eight week outreach.

In Tanzania is where I experienced God in a way I never thought possible. There I was thousands of miles from home in the middle of the African bush. My restroom was a hole in the ground with mud walls around it and my shower was a five gallon bucket. I really had to rely on God to provide. I thought that we were just going to Africa to help them learn about better ways to farm and raise cattle and speak to them about my Savior. What I thought and what God had planned were two totally different things. To make a long story short, God revealed himself and used our team for the glory of his kingdom. There were people set free, instant healings, and over 50 people were saved and received Christ as their Savior. I could write forever on how God worked in my life in those short ,eight weeks. But I can tell you that I was on fire for Christ. When I returned to the states I went around speaking at youth groups, churches, banquets and to anyone who would listen. I thought I was finally right with Christ and no one could take me away from Him.

Well, I got back to the norm of life but eventually I let that hunger be depleted from me. I had a job now, a house, and bills ect. Normal life right. I started to blame God for things that were happening in my life. I was no longer riding bulls, riding colts or cowboying. I chose to let it all fade away again. Even knowing what I had experienced in Africa and Wyoming. Again I became dormant. If I wanted something, I did it myself. I didn’t need God to help me with anything. I began making bad choices thinking they were best for me. Eventually I decided to move from Pennsylvania back to Wyoming to where I was the happiest. I thought the move would fix everything. I’d be happy with me again.

Things started out great in Wyoming. I got a job in law enforcement, bought some land and built a house. I started going to church with my friends from CWAM. I started raising bucking bulls with my neighbor who was a PBR stock contractor. I had the best bloodlines I could buy. Playboy, Skat Kat, Cowtown to name a few. I was traveling to PBRs with my neighbor learning the industry and making contacts. Man, life was good for a time. Everything I was doing was working out. I was moving up in my career in law enforcement, raising bucking stock; I thought I had it all. I made all this happen. Yea, I went to church on Sundays, praised God for what I had but the rest of the week I was all about me. But the funny thing was, the whole time I felt God nudging me to come back to him. The cowboy pride would then kick in

and I’d push God further away. I didn’t need him; I built my life and worked hard for what I had. Well, eventually God started breaking me down. The loss of the second income in my household started it all. First thing to go was my bucking stock that I worked so hard to get and was so proud of. Second was my career in law enforcement and then came my house that I built from the ground up. All gone. Everything I worked for and took pride in was gone. I was broken, ashamed, humiliated, you name it I probably felt it. This once prideful cowboy was reduced to what he thought was nothing. Hummmm, that’s where God wanted me to be. An empty shell that he could mold into what he intended me to be in the first place. My life verse has always been Jeremiah 29:11. For I know the plans I have for you declares the Lord; plans to prosper you and not to harm you; plans to give you hope and a future. Yea, do you think I could see that while I was in the situation? Nope, not at all, but I did know that I had a choice to make. I could keep running from the little nudges from God or I could fully submit to him. I chose the latter. It didn’t take long for God to start working once I swallowed my pride and gave him all the anger, bitterness, fear and every other emotion.

Doors started to open up, things started to come together and make sense. The love and grace I felt from my Savior was overwhelming. It all started when a friend of mine asked me to go to the arena where they kept their horses. I got to meet the owner of the ranch and started hanging around the arena. This whole time mind you, I was just feeling God telling me he’s got me. I immersed myself in scripture again and started to hang around my friends from CWAM.

God finally led me to the job that he had for me. Turns out my boss is a true cowboy who loves the Lord and is a pastor. Everyday work was like going to church. God was really speaking to my heart and guiding me. I wasn’t making my own decisions but allowing God to guide me in them.

Eventually I asked the lady who owns the arena if I could hold worship services there. She obliged. I couldn’t believe it. I had tried to this in years past on my own and failed. We now have services there every month. I am blessed with the opportunity to train colts there and share my faith and how God rescued me and transformed me to anyone there. We are holding clinics and soon to come, reining; cutting, roping, barrel races and horsemanship clinics there all to glorify our savior. The doors are still opening up. Now I can finally see the true meaning of my life verse. Gods plans, not my own. He has blessed me with a ministry that is called Krossed K Ministries. The people that God has placed in front of me are simply amazing. If God can use me and my past for his glory, he will and can use anyone. I was ashamed of my past decisions but God has used them to make me into the man I am today. I will make more mistakes in my life that I know, but I also know that I have made the decision to seek Gods heart and do his will.

There will be many trials ahead; many valleys to walk through, but God will eventually get us up to the mountain top. If you have made it this far reading my testimony, I thank you for allowing me to share it with you. It is hard for me to describe in words how God has changed me and my rollercoaster spiritual life. Words are escaping me writing this. But this is my testimony in a nut shell. May God speak to you and bless you as he has blessed me. There is no better place than in