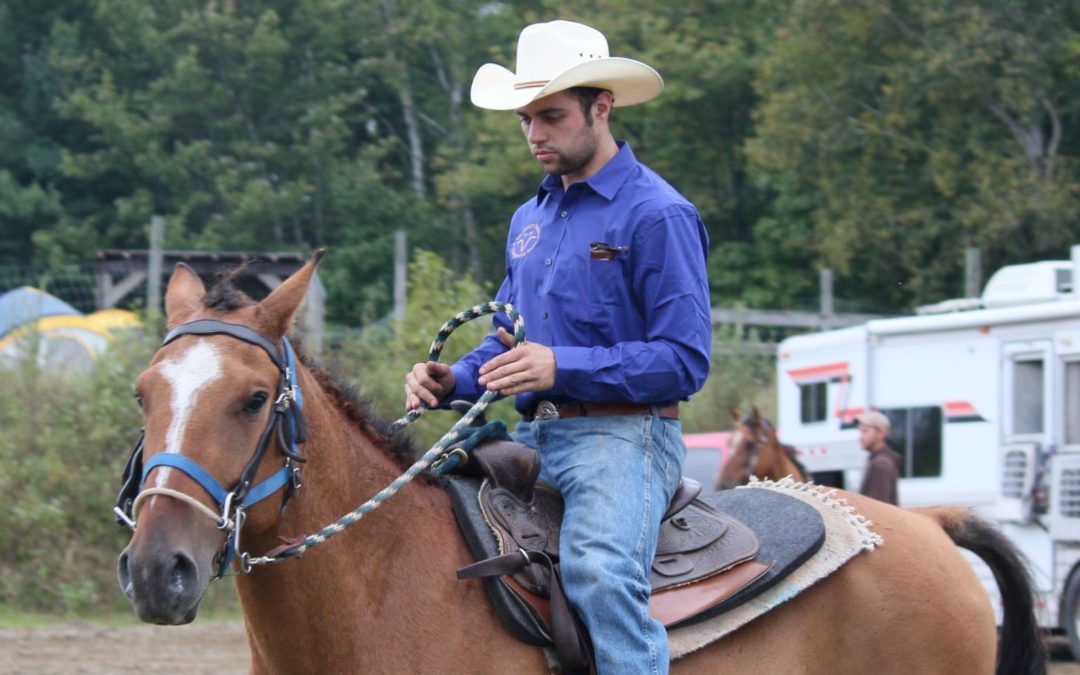 I grew up in a deep rooted Roman Catholic family. We attended church once or twice a week, I went to a catholic school and faith was a large part of my upbringing. I had always believed in God, but looking back, that wasn’t where my real relationship with Jesus started.

The small farming town I grew up in was a Christian community with seven churches and a population of about 1,000 people at the time. As I grew into my teenage years, I began to venture further away from home and church became more of a formality on holidays with my family.

The band I was playing in at the time started gaining local popularity and along with the girls and partying, it became the forefront of my focus. I’d pray every night just as I always had, but that too became simply a routine motion. Nighttime prayer also faded out as the years progressed. If anyone asked, I’d say, “yeah, yeah I’m a Christian.” But truthfully by that point it was just something I was in the habit of saying.

It was in my later teenage years that I first met my wife, Julie, with whom I eventually began the long journey of seeking out a relationship with Christ. We both wanted that real relationship with Jesus, but where did we start? How much were we willing to sacrifice and persist? The road back to Christ was a bumpy one for us both and I’ll admit that my wheels fell off more than once. Each life stage that we transitioned into brought about its own challenges and temptations.

It wasn’t until after college that the road began to smooth out and we could finally start to see a clearer picture. Julie is a barrel racer and her love for horses brought us to a horse ranch where we started spending our time and working. Here is where I met a very good friend of mine who is a deep rooted Christian Cowboy from California. Aside from being a top notch ranch hand and performance horse trainer, he is also a Bronc rider, and thus sparked my interest and love for rodeo. We’d spent some long work days talking scripture and faith and rodeo.

My attention was drawn to bull riding and he convinced me to go to the states and attend Sankeys rodeo school, and am I ever glad I did. Mr. Lyle Sankey is a devout Christian and he bases his life and business with Christ at the very centrer of it all. We spent a lot of time in prayer… before meals, behind the chutes before rides, after rides and we closed each school day with a cowboy church service led by him and the Bronc coach who was also a minister. I believe it was by grace that I ended up there because this is where everything FINALLY started to click for me.

I was given a copy of “The Way for Cowboys” pocket sized Bible there which I immediately dove into with devotion. Reading and re-reading every passage. Sticky notes and highlighter marks now litter the pages of that Bible which I still carry in my rodeo gear bag. I remember calling home from the school, excitedly proclaiming my epiphany to Julie.

Unaware, at the time, of Cowboys of the Cross, I told her that we needed to find a way to bring God and rodeo together back home in Ontario. A few short weeks after my return home to Ontario is when I became connected with James Douma. I had seen through mutual friends on Facebook that James, along with his wife, Jen, were taking on the responsibility of leading cowboy church at the Rawhide rodeos and my wife and I were so excited to see this and to become a part of the Cowboys of the Cross family.

Being surrounded by people who challenge you as a Christian is a wonderful thing. Constantly challenging yourself as a follower of Christ is necessary. Now instead of temptations and darkness lurking around each bend in the road, Jesus is there instead, holding out his hand and guiding me through the unknown of the future.

Prayer transformed from a meaningless habit into a meaningful conversation with my best friend, My Lord. In may of 2017 Julie and I were Blessed with the birth of our daughter which brought our marriage and personal lives closer to God. To raise our daughter (and God willing – future children) with a Christ centered upbringing is now our motivation for furthering our lives and relationships as Christians.

Jesus is alive and present, and it is my hope that anyone reading this challenges themselves, their friends and family to further their relationship with Jesus, because indeed, through Christ all things are possible.

“But in your hearts revere Christ as Lord. Always be prepared to give an answer to everyone who asks you to give the reason for the hope that you have. But do this with gentleness and respect, keeping a clear conscience, so that those who speak maliciously against your good behavior in Christ may be ashamed of their slander.” 1 Peter 3:15-16