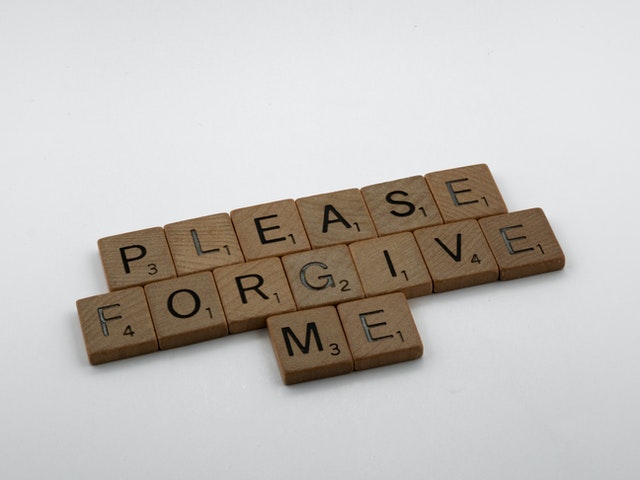 Sometimes we’re the one who needs to be forgiven. Through repentance and a saving faith in Jesus, we can be forgiven of all our sins, past, present and future and allowed in God’s presence for eternity in Heaven. But that doesn’t mean we still don’t need to seek the forgiveness of others when we’ve messed up.

You borrowed entry fees from three friends this year that knew you were struggling. You won the team roping twice but never paid anyone back.

You got a message from your traveling partner’s girlfriend on Snapchat. She was ticked with him and wanted a sympathetic ear. That sympathetic ear went a lot further and he found out she was cheating on him with you. No one has spoken in months.

These are detailed verses with a lot that can be taught and understood, especially if we were to back up all the way toward verses 21 and 22 where Jesus talks about murder and anger against our brothers.

The Pharisees were the religious leaders of the time that pushed rules and laws as the way to be right with God, often using those rules to hold power over people. Jesus, who came to give us all a way to be reconciled with God and forgiven of our sins, was challenging their power. He was putting loving others ahead of everything else.

When it came to offerings, the Pharisees valued the rules most in making sure the offerings were made and all the rules of presenting them were followed.

Jesus made some shocking statements here suggesting the condition of a person’s heart mattered more than the offering, saying a person should leave that offering if he knew of any sin he had committed against someone that had gone unaddressed or not forgiven. Jesus cares much more about the condition of our hearts than the rules we follow and wants us to make right by those we’ve wronged.

In the entry fee and cheating examples, very real situations most of us have seen or encountered, Jesus is saying the person who owes the money or who has messed up his buddy’s relationship, needs to do what he can to be reconciled with his brother.

With the money owed, possibly the best thing he could do is pay it back, with interest if that’s what it takes to make it right. It might be as simple as apologizing and the guys he owes the money to simply letting it go.

Bottom line, Jesus is telling us if we know there is someone who we have wronged, we need to make that right before presenting ourselves to God.

We absolutely understand that when we have a saving faith in Jesus, that we have believed Jesus was the son of God who died to take the punishment meant for our sins, repented to God and asked to be forgiven, that God will in fact forgive us for past and any future mistakes. Our place in Heaven is not at stake because, even after we were saved, we messed up like these examples.

But Jesus is telling us how important it is that we make situations right with people who we have given a reason to be angry with us.

We can’t control their responses but Jesus wants us to be certain we have done whatever we can to be forgiven.

It then falls on that other person to offer the forgiveness that Jesus tells us we have to give to others, especially considering as followers of Christ, we have been forgiven for all of our sins—all of them, no matter what we have done or others have done to us. 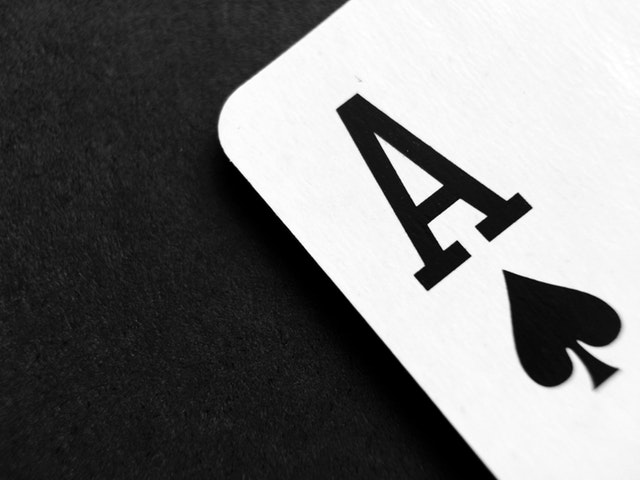 You don’t always have to have an ace to win. A failure or loss can glorify God or move His plan forward and THAT becomes a real success.

If you ain’t first, you’re last. If you’re not winning, you’re losing. Second place is just the first loser. These are de-motivational comments from movies and those with a sense of humor. However, we put the same pressure on ourselves without realizing it when we use motivational speak to build ourselves up without understanding some simple Biblical truths.

We know that God only wants what’s good for us but what’s good will serve His plans. When we start chasing dreams without God, we can find ourselves off track and feeling like we’re failing when we’re simple focused on the wrong object: our gold buckle dream and not God’s plan. Sometimes it’s the same. Sometimes it isn’t.

We know that when we focus on God’s plan, it can take us away from our original dreams and set us on something even bigger because it becomes chasing something that glorifies God and not ourselves.

We know that sometimes our gold buckle dream is exactly what God wants us pursuing because His plan it to use that to glorify Him and that His glory gets shown not by whether or not we win that gold buckle but by how we handle it when we win OR lose. We know that losing is okay.

So when our circumstances don’t seem to be going the way we want them to, what do we do?

A bigger understanding of Philippians 4:13 is a good place to start.

Philippians 4:13 I can do all things through Christ who strengthens me.

We use the Bible this way to motivate us to succeed and let ourselves think that Christ will help us win at whatever we put our minds to.

But by doing that, we miss what God could really do in our lives when we understand the verse.

To do that, we have to look at the rest of the verses around it and understand what’s going on.

Philippians 4:10-13 I rejoiced greatly in the Lord that at last you renewed your concern for me. Indeed, you were concerned, but you had no opportunity to show it.11 I am not saying this because I am in need, for I have learned to be content whatever the circumstances. 12 I know what it is to be in need, and I know what it is to have plenty. I have learned the secret of being content in any and every situation, whether well fed or hungry, whether living in plenty or in want. 13 I can do all this through him who gives me strength.

Paul has lived some big extremes from being a wealthy person people feared to a prisoner with nothing, facing death. Paul wrote this letter while in prison. But through it all, he is saying in these verses that he understands how to be content in whatever circumstance God places him. He knows that through Christ, it isn’t that he can do whatever he sets his mind to, it’s that he can get through whatever circumstance he’s in including when it doesn’t feel like it’s going well.

Where pursuing happiness instead of experiencing joy can leave us feeling discontent and unhappy when something goes wrong, learning to be content can help us find joy whether we buck off a bull or have set an arena record in team roping. We can be on a winning streak but still feel discontentment because there’s always another goal to achieve or look to someone else that’s accomplished or succeeded at more. We can learn to be content when we put God first and understand when He’s the biggest part of the dream we’re chasing, it’s okay to lose.

When we use just Philippians 4:13 as a motivational boost to succeed, we’re using it to follow our own dreams and not God’s plan for us and we cheat ourselves out of the good a better understanding of those verses can do for us.

When we use the verse in its whole context, we can learn a skill that helps us succeed at what God has planned for us. It becomes about Him and not us and understanding how to be content helps us face the challenges of winning AND losing. Losing isn’t bad. When our dreams are focused on what He wants for us, we can see how God turns what feels like a failure into a win for His glory. As we learn the difference between chasing happiness or experiencing joy, our joy can grow when we know the part we’re playing in God’s plan and that win or failure can both feel amazing.