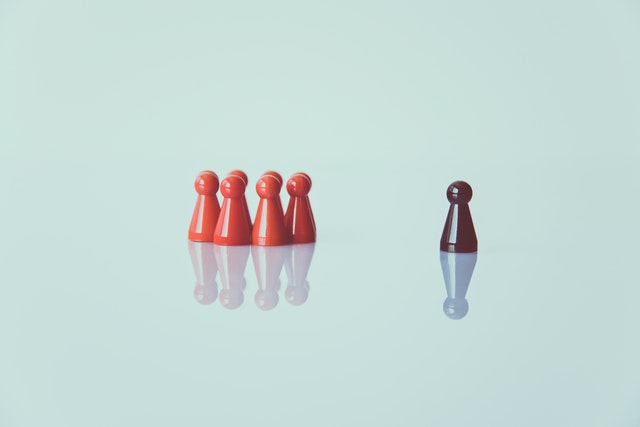 Part 3 of 7 The Company You Keep

From teachings from Jesus, Paul and Peter to how God instructed the Israelites to remain separate from the other cultures around them, the Bible shows us in many ways that we are not meant to be a part of the world and culture around us.

The Israelites were commanded to completely destroy entire nations and when they failed to do so, they experienced the consequences of it.

Judges 2:1-3 The angel of the Lord … said, “I brought you up out of Egypt and led you into the land I swore to give to your ancestors. I said, ‘I will never break my covenant with you, 2 and you shall not make a covenant with the people of this land, but you shall break down their altars.’ Yet you have disobeyed me. Why have you done this? 3 … they will become traps for you, and their gods will become snares to you.’”

By allowing some of the nations to survive, the Israelites were eventually influenced by their false gods and beliefs, leading them to stray from following God and eventually to God temporarily taking the Promised Land away from them and exiling them for 70 years to Babylon. God wasn’t fooling around when He said He wants all of our attention.

Worldly things can be just about anything from money and sex to filling a tack room with more equipment than we’ll ever be able to use. All of it is temporary. Instead, John is reminding us that we need to pursue God, who, through the sacrifice of Jesus on the cross, made a way for all of us to be able to repent and be forgiven of our sin so that through belief in Jesus, we could have an eternity in Heaven. Pursuing our own desires based on what the culture around us tells us we need or wants, takes our attention away from God.

One of the main reasons we stay apart from the world is so that our focus is on God.

Psalm 1:1-2 Blessed is the man who walks not in the counsel of the wicked, nor stands in the way of sinners, nor sits in the seat of scoffers; but his delight is in the law of the LORD, and on his law he meditates day and night.

In the Psalm, we’re being told the person who follows God and not the non-believers around him is going to be the person who is better off and stresses the daily commitment we’re to put into following God. The Bible is full of teaching that points us toward obedience to God but the selfishness of the world around us can tempt us away from that.

We can be fully engaged in our rodeo sports while not being engaged with those who tempt us to sin. That can be as simple as not going to the bar after a show to as complicated as having to remove some people from our lives because they pull too hard on us to ignore our faith.