Sin creeps into our life through all kinds of ways 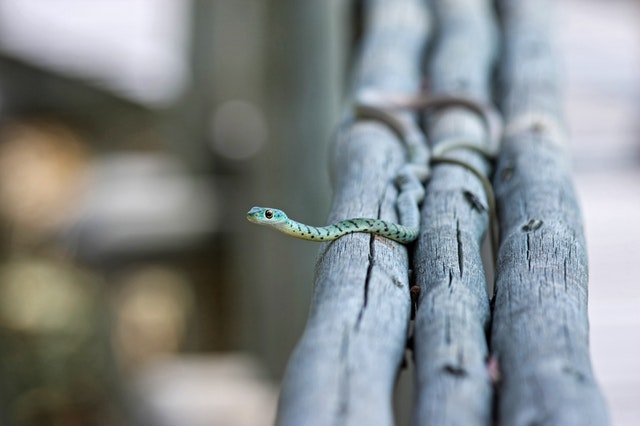 The Battle Against Sin Part 2

By Josh McCarthy / Cowboys of the Cross

I mentioned earlier that it’s a good idea to know who you are up against in any fight, this week we are going to dive into detail on what has been identified as the three main sources of sin.

This describes us, our self-centeredness, our thoughts and motivations. One of the old timers of the faith once said, “We aren’t sinners because we sin. We sin because we are sinners.”

My heeler isn’t a cow dog because he bites cows; he’s a cow dog, and therefore he bites cows. It’s in his nature. But unlike my heeler biting cows, sin is never a good or right thing for us as Christians. Sadly, it is our nature (Romans 3:23: …for all have sinned and fall short of the glory of God.) I think one of the most important things for us to see is the sin in ourselves. Jesus tells us in Matthew 15:18-19, “But the things that come out of a person’s mouth come from the heart, and these defile them. For out of the heart come evil thoughts—murder, adultery, sexual immorality, theft, false testimony, slander.” He points to the heart of the issue, and it’s our hearts.

It’s a very popular theme on Facebook and everywhere else nowadays to follow our hearts. In a way, I can see how that sounds good. Some might mean it as, “God has given you certain passions in life that aren’t sinful and you should pursue those for His glory, not your own,” and yeah, that’s okay. Unfortunately, most (if not all) people mean it as, “do whatever you want to make you happy and don’t let anyone tell you no.” In response to that, let me just bring up Jeremiah 17:9: “The heart is deceitful above all things and beyond cure. Who can understand it?”

Or as one wise pard of faith put it, “The heart is an idol factory”.

“When we are told to not love the world, the Bible is referring to the world’s corrupt value system,” says GotQuestions.org. There are a lot of things that fit into the category of the world’s corrupt value systems: basically take anything except God and put it as the ultimate “thing” in this life. The world tells us that having that gold buckle is all that matters, or that shiny new stock trailer, or that nice, fully-tooled saddle with all that silver on it, or even the family ranch (yeah, listing some of these things hurts me a little also). But Matthew 16:26 asks, “What good will it be for someone to gain the whole world, yet forfeit their soul? Or what can anyone give in exchange for their soul?” Jesus is talking about the cost of following Him.

The promises of this world don’t last. “The world and its desires pass away, but whoever does the will of God lives forever” (1 John 2:17). Does this mean we just throw everything away and become a hermit with a Bible? As Paul would say, by no means! (Or by a looser translation, heck no!) We are called to be in the world but not of it (John 17:15-19). There are a lot of good gifts God has made – horses, cattle, and blue heeler dogs being some of my favorites, and the occasional shiny silver bit or two – but I need to be watching to make sure I don’t make those things the ultimate part of my life where only God should be.

Depending on who you talk to, the Devil either doesn’t exist or is responsible for everything including that last cold, your recent buck off, and those yearlings breaking out (and now you have to sort out three different feed lot pens this morning!). I’m here to tell you, neither one of the above views is accurate.

So who is the Devil? He is a demonic spiritual being. He is the serpent in Genesis 3, and in John 8:44 he is called the father of lies. 2 Corinthians 4:4 calls him the god of this world and his purpose is stated there: to blind the minds of unbelievers, to keep them from seeing the good news of the Gospel. The Devil and his demons do this blinding in a number of ways. Two examples would be getting people to believe God doesn’t exist or getting people to believe in a false god or spiritual force. Even things we might think are harmless, like yoga, visualization or meditation can be used to blind us. Before I go further I want to note that I’m not talking about stretching and exercise, picturing something in your head like the right moves to ride a bull and how to swing that perfect heel shot, or filling your mind with Scripture; I’m talking about the “New Age” practices that are far from harmless with their emphasis on going around God to attempt to influence our life and the world around it.

If you say, “If I visualize it in my mind I will achieve it” (visualization), you have basically made yourself God, which God calls idolatry (Exodus 20:3). If you get into the idea of meditation to “empty your mind” or to get to a sub conscious or unconscious part of your mind to be on the same brain wave as that bronc or bull, or ask for a spiritual guide, you just might get one in the demonic sense. If you get into yoga and start believing you need to find your “center” and that everything has a good or bad “aura” – or, heck, we’ve all heard someone mention the idea of karma – you’re embracing pagan ideas that come to us from Eastern mysticism. All of these and more are wrapped up in the New Age movement, what God would call witchcraft. Deuteronomy 18 :10-12 tells us: Let no one be found among you who sacrifices their son or daughter in the fire, who practices divination or sorcery, interprets omens, engages in witchcraft, or casts spells, or who is a medium or spiritist or who consults the dead. Anyone who does these things is detestable to the Lord…”

Now these three enemies in the fight against sin might have you thinking, “How am I going to do this, even if I think I’m John Wayne?” The answer is found in Ephesians 2:4-10: “But because of his great love for us, God, who is rich in mercy, made us alive with Christ even when we were dead in transgressions—it is by grace you have been saved.”

We have been saved from these enemies and we are empowered by God himself to wage this daily fight. Verse 4 shows us the answer to our next question, the “why” in the battle against sin – which we’ll answer in a couple of weeks. #keepupthefight

Feel free to comment below how we can be praying for you in your fight.