God is in control, not karma 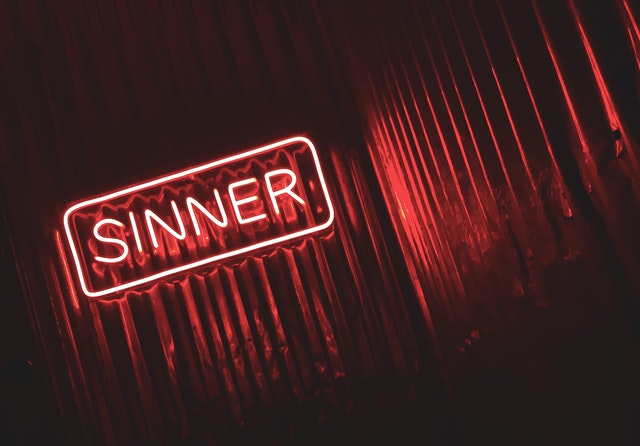 Do we believe in God or karma? It can’t be both. If God is real, there is no karma.

When someone finally gets what we think they deserve, so many of us call it karma. The stock contractor that did you dirty in a deal loses his best bull in an accident down the intestate. Your barrel racing rival’s horse comes up lame hours before the finals after always seeming to get the same coveted spot in the draw week after week. Your ex-girlfriend ends up spending a weekend in jail because of something she got caught up in with the guy she was cheating on you with.

Faith in God and belief in karma are two very different things. You simply cannot believe God is in control while some other force of nature is affecting outcomes at the same time.

Christians, even the ones you don’t like, actually don’t get what they deserve and those who choose not to believe and turn their back on God, actually do.

One of the core truths within what we call the gospel is the understanding that God will punish sin. All sin. Rigging the draw or beating your girlfriend. It all gets judged by God and God alone. But, through His son, Jesus Christ, He gave us all a way to be in good standing with Him, no matter what we have done. Jesus took the punishment meant for our sins so that by believing he was the son of God, died on the cross for us and rose again to be with God in Heaven, we can find a way to be saved from our sins. By believing in who Jesus was and is and what he did for us, and then by recognizing and accepting that we are sinners, genuinely repenting of that sin and asking God to forgive us, we can be saved from the punishment and assured an eternal, perfect life in Heaven.

The consequences of sin without salvation through Jesus are eternal separation from God in Hell. It’s an even playing field where we can believe in God and embrace His plan for us to be saved with an eternity in Heaven or we can believe in karma or whatever else we want to believe in, but any of the rest of it leads us to Hell.

So why does something bad finally happen to that dirty rotten so-and-so? Why do all his wrongdoings finally catch up with him? The same reason the nicest cowboy everyone knows dies in the night because the generator was pumping carbon monoxide into the camper.

Karma didn’t catch up with both of them. The consequences of living in a fallen world did.

We live in a broken world because of the choice Adam and Eve made in the very beginning. The world was perfect until they messed up and now seemingly good people can end up doing some pretty horrible things, entire towns can burn up in a wild fire and the person you’re closest to can end up with cancer.It can be hard for us to imagine a perfect eternity, especially when we’re struggling or at our lowest.

It can be hard to realize that through all the struggles and heartaches we face in between the good times, that all of this is temporary and we only have to go through it a short time.

Romans 8:28 And we know that in all things God works for the good of those who love him, who have been called according to his purpose.

We may not understand why we’re going through something that seems absolutely horrible but we can trust that while sinful harm might come to us, God will still use it for our good. I would rather trust in that than karma.

Revelation 4:11 “Worthy are you, our Lord and God, to receive glory and honor and power, for you created all things, and by your will they existed and were created.”