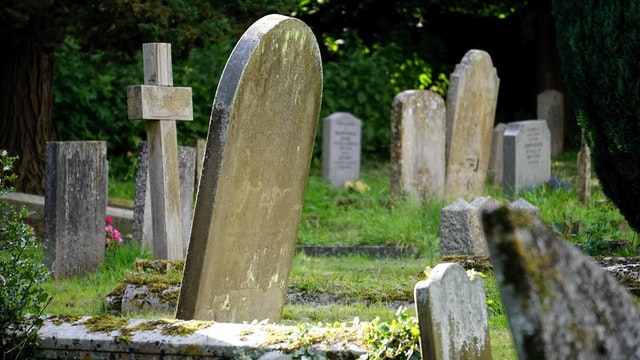 By Jesse Horton / Cowboys of the Cross

If you’ve been a bull rider for very long at all, you’ll have at least one story about how a bull fighter saved your butt.

Most of us North Carolina riders know that Nathaniel Southern has one arm that’s inches longer than the other because many of us dogpiled a bull for him on a few different occasions so we could untie him. I was bad for hang-ups, but not quite that bad. One night I was on a Clint Haas bull he called 8-Ball. Around six seconds, he was spinning away from my hand; he got a little empty and I got a little stiff and wound up sliding off in the well before the eight seconds. I was able to wrap my free arm around his neck and dance with him until my riding hand was free, but he knocked me down as I tried to step out of the spin. Once I was on the ground, he put his head down on me and went to his knees to increase the amount of weight he could push me with. He pushed against the side of my head so hard my vision went dark. Justin Branch was a bull fighter that night. He leaned on 8-Ball’s head but ended up having to wrap himself around the bull’s neck to get him off me. I was thankful for Justin that night. He saved me from a bull who truly intended to harm me!

In the “Christian-ese” language, we use words that outsiders might not understand. What does it mean for a Christian to be saved? For most, it means we’ve got fire insurance – we are saved from eternity in hell and from God’s just wrath against our sin. To be “saved” we must be forgiven of our sin. But what does that require? How do we receive it? What is the value of forgiveness? To understand that, we must first understand the value of a soul.

In the Gospel of Jesus according to Mark (the book of Mark in your Bible), immediately after Peter has confessed that Jesus is the Christ, Jesus tells his disciples of his impending rejection by Jewish leaders, death at their hands, and his victorious resurrection. Peter responds by calling out Jesus for what he perceived as foolishness. Peter couldn’t imagine that the mission of the Messiah of Israel was to die. Then comes this passage:

34 And calling the crowd to him with his disciples, he said to them, “If anyone would come after me, let him deny himself and take up his cross and follow me. 35 For whoever would save his life will lose it, but whoever loses his life for my sake and the gospel’s will save it. 36 For what does it profit a man to gain the whole world and forfeit his soul? 37 For what can a man give in return for his soul? 38 For whoever is ashamed of me and of my words in this adulterous and sinful generation, of him will the Son of Man also be ashamed when he comes in the glory of his Father with the holy angels.” (Mark 8:34-38, ESV)

In verses 36-37, Jesus makes it clear that our immaterial souls are valuable. The reason our souls are valuable is because that is the part that God himself breathed into us which gives us life (Genesis 2:7). It is that immaterial part of us that is God’s image – the imprint of his Spirit on us. We are valuable to God because we are made in his image (Genesis 1:27; Genesis 9:6).

Not only are our souls valuable to God, but we are supremely more valuable than anything else we could ever possess. From an accounting perspective, Jesus goes straight for the bottom line in these verses. Take your assets, subtract your liabilities, and that’s the net value. Jesus says if the entire world and all it can offer are your assets and your soul is a liability (or the payment), your value is negative. He tells us there is nothing we offer in exchange for our eternal, supremely valuable souls.

Imagine if everyone in the U.S. decided collectively to sell our country. What would the price tag be? Well, in the first quarter of 2014, the net value of the U.S. was $128 trillion. No one person could ever possibly pay that price, and even if someone could do that, they couldn’t keep it. Someone with bigger guns or more nukes would rise up to take it away. In fact, we don’t really own anything the way we do our eternal souls. That beautiful home you recently built…someone else will be living there sooner or later. That brand new dually you bought…eventually you’ll trade it for a newer model, and someone else will drive it. Not to mention the fact that we all die eventually, and I’ve never seen a hearse with a U-Haul in tow.

I want you to notice that first verse (Mark 8:34) tells us that this is directed at both the crowd and the disciples; this is not teaching for only the most dedicated followers of Jesus – it’s for all of us who desire to follow Him. In fact, that might be a better translation of Jesus’ first words, “If anyone desires to come after Me…” Coming after Jesus represents following Him in a physical sense; as far as location goes, you’re following Jesus. But then He says, “…let him deny himself, take up his cross, and follow me.” Follow me here indicates following in a behavioral sense, or obedience. Paraphrasing, “If you want to walk with Me, the life you live will be one where I am the leader and you obey Me.”

Jesus is demanding a great deal from us here. He isn’t saying we should die for Him; that might be easier – at least it would be over and done! He’s saying we should live as though we were dead to our own desires and be as obedient to Him as He was to the Roman soldier who likely told Him after his scourging, “Take up your cross and follow me!”

Yes! The cost of forgiveness – of being saved – is high. But what else would you expect for something as valuable as your soul is to God? It cost God the life and blood of His eternal Son! Now, at this point I want to make something abundantly clear: though salvation and forgiveness is not cheap, it also cannot be earned! “What will anyone give in exchange for their soul?” The answer is nothing! Jesus is the one who paid the price for your forgiveness! “Even the Son of Man did not come to be served, but to serve and to give His life as a ransom for many,” (Mark 10:45).

The forgiveness of our sin is not cheap, as acknowledged by the price Jesus paid to accomplish it. The price was high because of the value of our souls to God. The result of God’s forgiveness is also supremely valuable – our complete submission and obedience to Jesus; a life lived for ourself to gain worldly treasure while giving lip service to Jesus is not what the Son of God died for, and it is not valuable enough to eclipse the value of our soul.

“Greater love has no one than this, that someone lay down his life for his friends,” (John 15:13). Jesus’ mission was to die to save souls; ours is to die to self and live for Jesus by the power of the Holy Spirit for the same purpose.