Asking for help can be a backward way into serving others 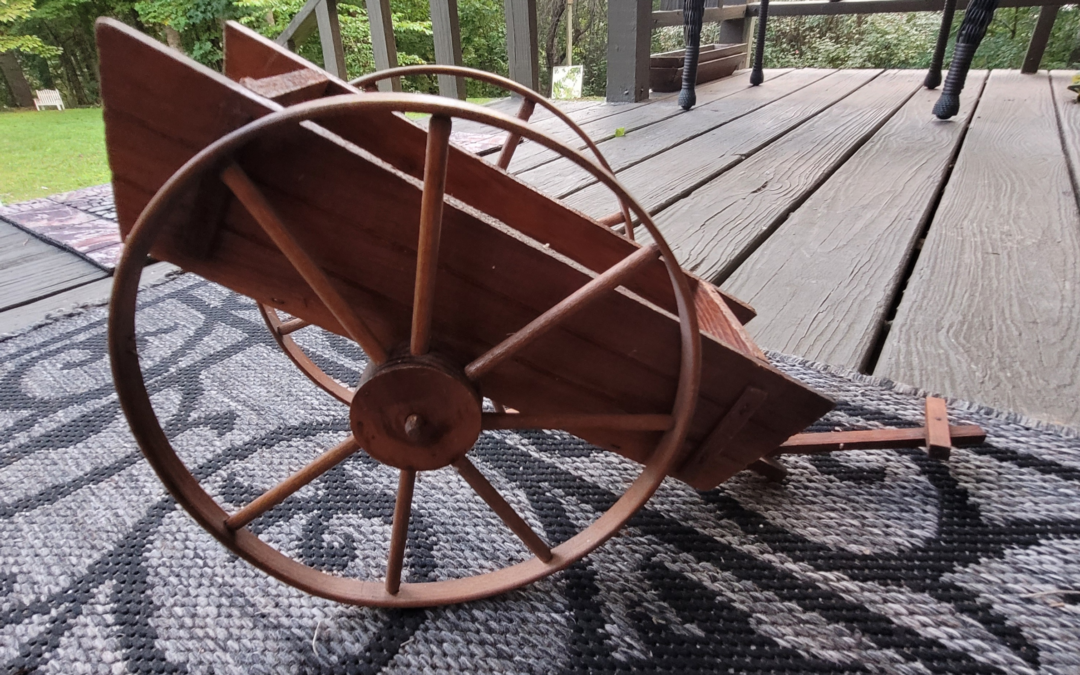 It can become hard to serve others when your services makes them feel like they have to return the favor. The best advice I ever received about being able to serve others in our culture is to actually ask them to serve you first.

It sounds like it goes against what the Bible teaches but here’s what happens: if I’m the new guy in the neighborhood and I try to do something for my neighbors as a way to serve them and get to know them, we unintentionally put them in the position of needing to return the favor; they owe us.

Buuuuut, if you ask THEM to help YOU first, you are now in the position of owing them a favor and unless they are just horribly unfriendly people, most are going to be willing to help you when you ask. You still get to know them, a relationship with the neighbor can start and it will be easier to serve them when opportunities arise.

My friends that explained this to me had this happen with a new family that moved in the neighborhood. I don’t remember the details but they had an opportunity to just jump in and help the family with something fairly significant but after that, found the couple was avoiding them. It wasn’t until my friends tried asking them for help that they all then started talking freely across the street and my friends realized they were being avoided because the couple felt they were in debt for the help and felt awkward.

When I first got up there, I did a terrible job of meeting more than the closest neighbor who sits a bit behind and above me on the ridge we share.

For awhile, we were mostly just “hey neighbors” or “wave as you go by neighbors” so for the ones I waved “hey” to the most, I decided to bake some cookies as we got close to Christmas two years ago. It’s the only time I do something like that, making shortbread like my mom had made when I was little. I had put plates of them in three neighbor’s mailboxes with Christmas cards and a note with my contact information to sort of introduce myself.

One never said anything, another put a bunch of candy canes back in mine and another didn’t find theirs until a bear had knocked the mail box over that next summer because I put them in a long-since gone relative’s box by mistake. I got a panicked voicemail from the neighbor feeling terrible that they had never acknowledged the gift, not even knowing what it was that the bear had eaten. She apologized repeatedly when I called her back because she felt terrible and I ended up feeling terrible because it had made her feel like she was in an awkward spot.

So I tried the advice I had overlooked the first time around by dropping off cookies. With the neighbor closest to me I had an extended road trip that was taking me away for more than a few weeks and I was able to meet him by actually going over to ask him if I could get him to cut my lawn once while I was away. I offered to pay but he refused.

Perfect. I now owed him.

We have visited multiple times now since then and I’ve been able to help him pile wood with no sense of obligation anymore. We now are both comfortable asking for help if we need it.

But there was still that problem with the original mountain family. That wonderful old-timey culture is deeply rooted. The phone call about the Christmas card found months later at least opened the door for me to drop in the next time I saw them outside. Caught unprepared, the wife excused herself, went inside and came out with a jar of apple butter she had made back in the fall. I had created this need for her to give back. So after a trip home to visit family in Ontario, I came the next time with a box of cookies you can only get in Canada. Because I had expressed interest in it during our conversation, I left with the moon-phase guide to planting a garden they kept on their refrigerator. Next time, having learned she couldn’t eat much sugar, I came with some chips in a style you can only get in Canada and left with a wooden wagon planter from her porch.

Finally, a couple weeks ago, I was getting ready for another trip to Ohio and Ontario when my covid test for the border crossing came back inconclusive and I was going to have to go to town again to take another test. At the same time, my lawn tractor backfired and died on me right as the husband was driving by on his own to cut the lawns on the two rental cabins down from me. I really did need some help and was able to approach him to ask if he had enough gas and time to keep cutting one more while I ran back to town for the second test.

He wouldn’t accept offer of payment and also said he’d help figure out what was wrong with the mower when I get back.

My hope is that by finding myself in real need of help, this has broken the cycle of gift-giving and opened the door to where they won’t mind asking me for help or that I can pitch in when I see a need without having to be given something off their porch.

The idea of asking for help instead of offering it seems contrary to scripture except it can be an effective way to build a bridge that opens the door to more easily serve those neighbors and develop a closer relationship that allows the gospel to be shared.

Rodeo and bull riding give us all a great opportunity to ask for help and I think in that environment, it’s easier for us to do it either way. If we need help, we’re going to ask for it and if we see someone who needs help, most of us are pretty good at stepping up and helping without being asked. It’s just a natural way of doing things so it doesn’t create that sense of obligation.